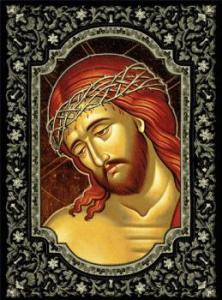 The key here is that the Solemnity of the Annunciation is a celebration of the Incarnation, whereby Christ definitively begins His work of the Redemption of humanity: that is, as the Eternally Begotten Son of the Father, the Eternal Word, He unites a true human nature to His Divine Nature, thereby initiating the reconciliation of God and man in his very Person! This perfect union of the Divine and human natures of Christ is referred to as the Hypostatic union. According to the Catholic Encyclopedia, “Hypostasis means, literally, that which lies beneath as basis or foundation. Hence it came to be used by the Greek philosophers to denote reality as distinguished from appearances (Aristotle, “Mund.”, IV, 21)… [T]he Council of Chalcedon (451)…declared that in Christ the two natures, each retaining its own properties, are united in one subsistence and one person (eis en prosopon kai mian hypostasin) (Denzinger, ed. Bannwart, 148). They are not joined in a moral or accidental union (Nestorius), nor commingled (Eutyches), and nevertheless they are substantially united.”

In other words, Christ becomes human in order that humans might become divinized!

Moreover, we would be remiss were we not to consider the cooperation of the Blessed Virgin Mary in each of these pivotal events of our Redemption. At the Annunciation, Mary gave her unconditional “fiat” to the Father through His messenger, the Archangel Gabriel, and thus consented to becoming the Theotokos, or, the “God-bearer.” Moreover, Mary stood at the foot of her Son’s cross as He endured the painful hours of His agony on the Cross.

Regarding Mary’s unique participation in the Redemption of humanity with Christ, Lumen Gentium, the Second Vatican Council’s Dogmatic Constitution on the Church, has this to say in its final chapter:

“The predestination of the Blessed Virgin as Mother of God was associated with the incarnation of the divine word: in the designs of divine Providence she was the gracious mother of the divine Redeemer here on earth, and above all others and in a singular way the generous associate and humble handmaid of the Lord. She conceived, brought forth, and nourished Christ, she presented him to the Father in the temple, shared her Son’s sufferings as he died on the cross. Thus, in a wholly singular way she cooperated by her obedience, faith, hope and burning charity in the work of the Savior in restoring supernatural life to souls. For this reason, she is a mother to us in the order of grace.

“This motherhood of Mary in the order of grace continues uninterruptedly from the consent which she loyally gave at the Annunciation and which she sustained without wavering beneath the cross, until the eternal fulfillment of all the elect. Taken up to heaven she did not lay aside this saving office but by her manifold intercession continues to bring us the gifts of eternal salvation. [15] By her maternal charity, she cares for the brethren of her Son, who still journey on earth surrounded by dangers and difficulties, until they are led into their blessed home. Therefore, the Blessed Virgin is invoked in the Church under the titles of Advocate, Helper, Benefactress, and Mediatrix. [16] This, however, is so understood that it neither takes away anything from nor adds anything to the dignity and efficacy of Christ the one Mediator. [17]” (Lumen Gentium, Ch. 8).

Let us, then, hasten to take full advantage of this grace filled Triduum – particularly, Good Friday – to meditate on the profundity of what both Christ and Our Lady have done for us, and continue to do for us, if only we allow them to.